randomjunk's site   weblog   profile   gallery   reading   guestbook
Memores acti prudentes futuri
It's easier to complain
but there is beauty in the mundane
Oh wow
I just looked at OKC, and I got this long (looooooooooooooong) message from a guy who used to message me, telling me that I influenced him a ton even though I was like, "detached" and had a "lack of openness."

It's interesting to see all these weird positive perceptions he seems to have of me.

He also mentioned that he still listens to a song I linked him to.

Seriously guys, this dude wrote me an essay of a message.

...It's taking me a really long time to get readjusted to life without depersonalization. >.>


Was watching this guy's videos on Youtube... couldn't tell if he was a troll for awhile, but I don't really have any doubts now.

It's been a year!

Heyyyyyyyy
I got a couple cool things last night during First Friday, the art walk that usually happens on the first Friday of the month... 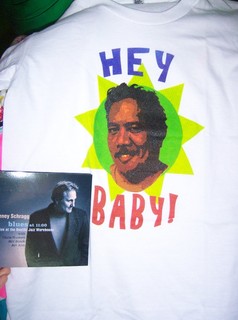 The CD is called Blues at 11:00, and it's by Sweeney Schragg. We (boyfriend and I) heard him (with his band) live at the SLG Boutiki gallery. I liked it, so I decided to pick up a CD for $10. Supporting local music! :) It's jazzy and laid back, but still fairly upbeat and fun.

OH! And I think I am sort of getting hired for something, maybe?

Yesterday my mom woke me up at 8:43 in the morning and surprised me with a job-type thing. She was all "wash your face and eat something real quick, you have to watch kids at church at 9:15." I was like "WHAT. WHY DID YOU NOT TELL ME OF THIS EARLIER." And she just said "oh, well I didn't see the email until this morning."

Anyway, I managed to shower and get dressed in the ~25 minutes I had after that conversation, although I didn't get to eat anything. I ended up just helping some older women watch babies at the church (and I got to hug babies, so that was cool). Then after I was done, the er, I dunno, head of the program handed me an application and I filled it out. I had some questions about how to answer some of the things, but she pretty much told me the application was just a formality and it didn't really matter.

I don't know how much it pays, but uh... it seems good so far? Also need to get my internship stuffs figured out. Eep.

Something to figure out when I am more of an "adult" and less of an old teenager.


Just a skirt
I got a skirt. 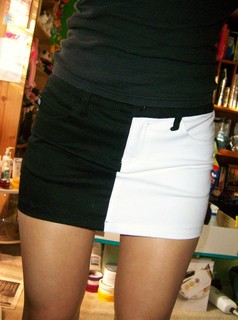