randomjunk's site   weblog   profile   gallery   reading   guestbook
Memores acti prudentes futuri
Shown to the place you fold
there's nothing to be without it
For shame!!!

New looky!
I finally got around to changing my site's look. Granted, it's not much, but it does look a bit cleaner now. AND it has Davey Havok up at the top. :D

Homecoming dance is tonight but I guess I'm not going. I told my friend I'd go if she wanted to... but she's going and she said I didn't have to. So I'm not really sure if I should go or not. I guess I won't.

This game is hard.

Don't get me wrong though, I hate fast food. I'm just saying it's a hard game.

And pretty much all things popular.

Although I have an intense hatred for the song, My Humps happened to pop into my head as I was walking home today. But... the lyrics were a bit mutated.

I don't know the entire song so what I do know came out as this:


Yeah that was pretty much it. But I thought it was kind of funny. :P

I'ma put up a video now.

Once under a time there didn't live a magical wizard who enchanted things. Instead, there was a small semi-magical piece of belly-button lint. This was due to the large budget cuts earlier in the year. "No No!" the king had said. "We just can't spend any money on magic this year! We're already behind because of that war in Tleffkatopialtrook!" "But sir!" his chief advisor had protested "we don't really KNOW that the Tleffkatopialtrooks have extra dangerous swords of doom!" "Yeah well I'm the king so I say they do!" replied the king, and that was that.

Little did they know that the evil Pringlomaniac was coming towards the kingdom!!!! *DUN DUN DUNNNNN!* 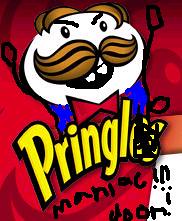 The evil Pringlomaniac was notorious for his evilness and cunning. He had the ability to make you fat.... with 50732058 tasty chips of DOOM!!! Because of his successful snack company he had made a fortune, and was using his money to terrorize the populace. Once, a great worrier had stood against him... 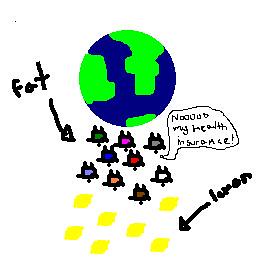 But of course Pringlomaniac didn't care. He was rich. Who cares about silly things like the world when you're rich?

But the semi-magical belly-button lint needed to stop him! It knew it had to save the kingdom even if the king was stupid. So it summoned some magical bleach to kill the evil Pringlomaniac. 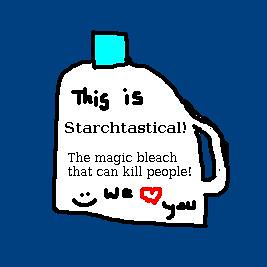 The magical Starchtastical bleach was dumped onto Pringlomaniac's head and he got turned into a Pikachu doll. And he had to say "Pika!" for the rest of his life. And the king used all of his money to search for extra dangerous swords of doom in Tleffkatopialtrook. But he didn't find any because he was stupid.

The moral of this short story is: Starchtastical loves you! :)