Here is a character's story from the game. 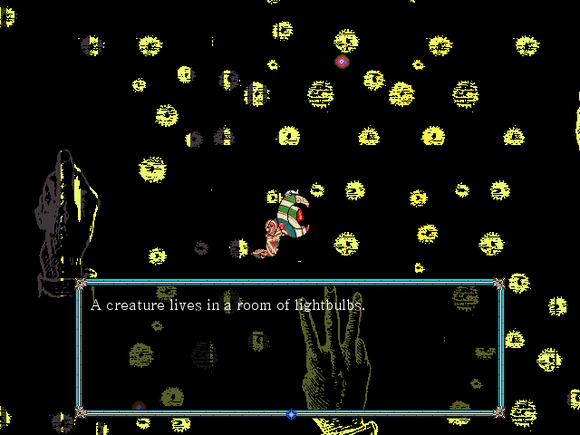 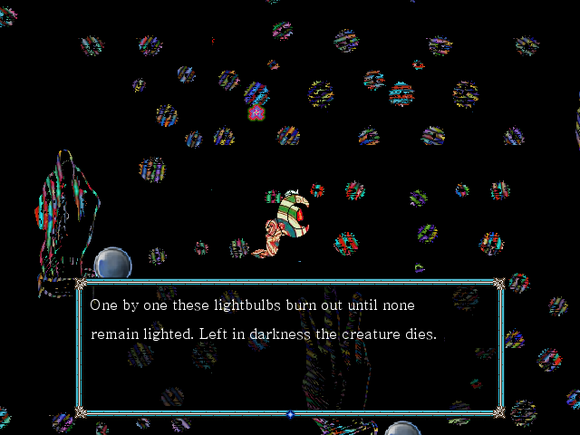 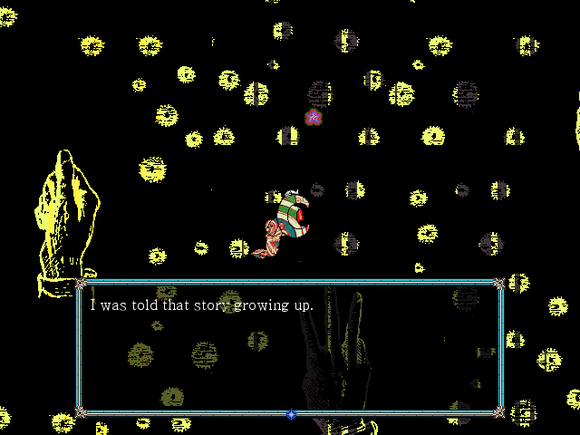 I am not sure what the game is about or what I am supposed to do in it. I just feel hypnotized by the different environments and the odd things the random characters say.

Spring quarter starts for me tomorrow. :|


Indie gaming again
It's been awhile since I the last time I really sought out indie games to play. Three years, just about.

The game is about not belonging. You are the bad guy, you are killing everything you touch. The world you are in is beautiful and green, but the moment you get into it, you start infecting everything, and the world starts decaying, until it eventually ceases to exist. You can choose to exit the world, and then it will heal itself, but then you don’t get to enjoy it of course, because you’re not there any more.


This WOULD be a game made by French people.

I've attempted Mirror Stage again... Was kind of jolted by a sudden feeling that I related to elements in the game.

And then there's this depressing game I have yet to figure out how to win:

Oh good lord I hope I don't ever end up like that. Though... I'm pretty sure that won't be a concern, since I have absolutely no interest in WoW.

Finally, pictures
I took this almost a month ago on my way home from school. >.> 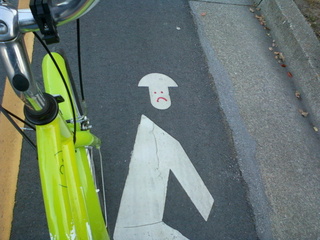 When Lucy and I went to an estate sale this guy was sitting in one of the rooms. 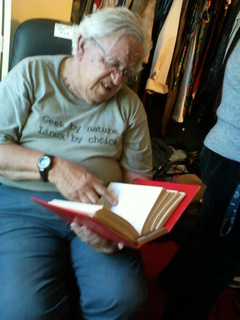 His shirt says "Geek by nature. Linux by choice."

This was also at the estate sale. I'm not sure what it is. 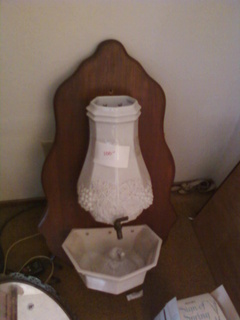 It's hard to tell in this picture (Grrr, phone camera with no macro settings), but someone penciled in an afro on this guy. 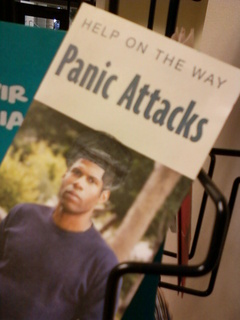 I saw this on the posting board at school. Not sure what to make of it. 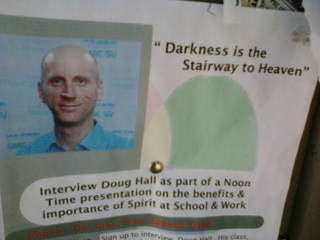 At the hotel in San Francisco I was flipping through the movies and shows up for rent, and out of boredom and some curiosity looked at the adult offerings. The titles of the films they offered were very entertaining. 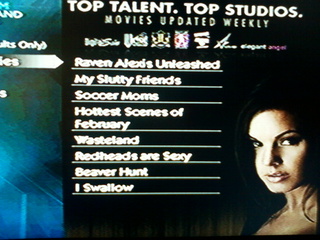 My boyfriend and I were discussing what the point of offering adult films in the rooms is. I guess if you really needed to get your rocks off, and you didn't know the internet existed or didn't want to pay the hotel to access the wifi, you could purchase one of the ridiculously expensive movies, but it just seemed highly improbable that somebody actually would. (The last title cracked me up the most, by the way)

The Prop 8 Dog! Two Zog dogs in one bun. 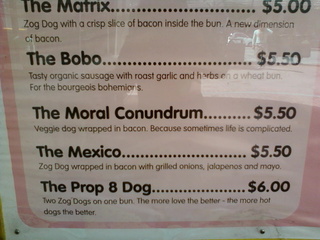 This was from a hot dog stand called Zog Dogs in San Francisco. The name reminded me of this flash animation: ZOGG

I made a perch for my birds today. We got this holder from the feed store that lets you use your own branch, so I sawed off a stick and attached it. 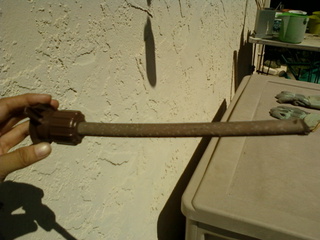 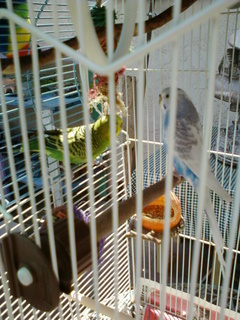 
The weekend in review

Being 21
My boyfriend turned 21 today. He's out celebrating with some of his brothers. I believe they are getting him drunk.

He keeps drunk texting me and telling me he loves me and misses me and wants to rub his beard on my cheeks.

Meanwhile, I get to continue studying math! Yayyyyyyyyyy.

I found this cute wallpaper, anyway.

It would be awesome to have a room papered with that someday.