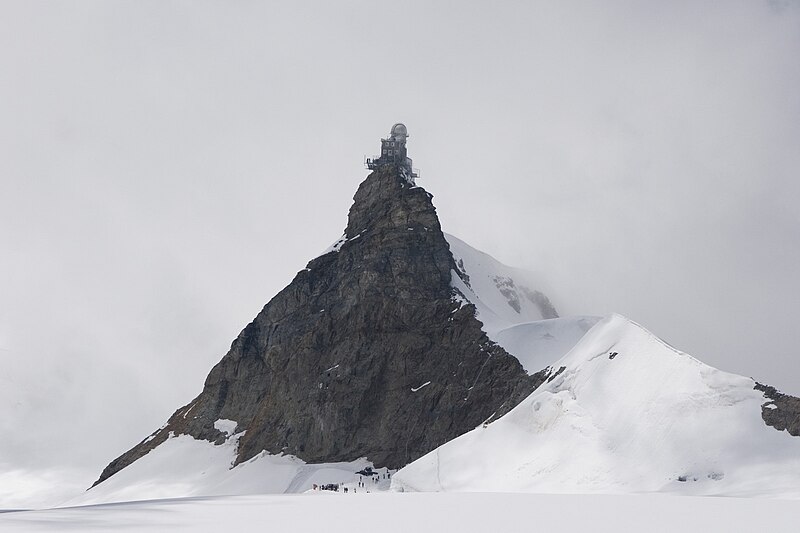 Don't worry, it seems remote, but they drilled an elevator shaft through the solid rock at the bottom of the observatory, connecting it to an underground railway that will take you anywhere in Europe.

AND THE NIGHTMARE THAT SWALLOWED MY HALF OF MY TWENTIES WILL FINALLY END!!

The Moon in Astonishing Detail

Ouaeda
I met a woman on the plane.

She didn't speak English, and she asked me for help on her customs form. She had a bunch of information written on a form in Arabic, and she wanted me to transfer the relevant information into the right boxes on the customs form. Her form also had a french translation of everything, so I moved all of the information into the right boxes and asked her all of the questions on the customs form in the best french I could manage. Was she traveling with family? Was she bringing anything valuable? Did she live on a farm? Did she have more than $10,000 in monetary instruments? The answers were no and no and no and no.

She looked to be right around my age, and she was from Morocco, where they speak a mix of French and Arabic. She was wearing a muslim head-scarf. I recalled that during the whole flight I hadn't seen her take any of the free alcohol, and she never once watched the little TV set into the back of the seat in front of her. Our first interaction had been when she asked me how to buckle the seat belt on the airplane.

We got to talking. She was moving to Boston to be with her husband. They had been married for two years but he had lived in Boston for three years. It was a familiar story in muslim countries. The marriage would be arranged by her father through a series of contacts. The man often lived overseas and he would send for her when he felt like he was established or whenever he decided he wanted her to come. The first time they would meet might be their wedding day. She had never lived with him before, she said. "That will be different," I said, my vocabulary limited to drastic understatements. Yes, she said nervously. It will be different.
She had never traveled outside of Morocco. She told me about her home, filled with her family and parents and cousins, filled with the bright, hot Moroccan sunshine and the brilliant tiled corridors of the Moroccan streets. She loved the heat. She loved the desert. She said living in Morocco was so easy, you had your family, you had everything you needed.

How was Boston? She wanted to know.

I didn't want to answer. Cold. Frigid. Aggressive people who were always late for something. Neighbors who stayed in their homes. Snow piled up to the height of a man on every street corner. Dirty. Dark.

I told her instead that it was lovely in the summer, and that in the spring there would be many flowers, and that there was a beach that was nearby. I didn't know if she could ever expect to make it to the beach, or what she would be allowed to do there if she went.

Was English easier to learn than French? She asked.
I didn't want to tell her. We talked about how beautiful and regular Arabic verbs were, instead.

I am not married, I said, not yet.

She told me that I should not hurry myself. "Quand on se marie, on perd sa liberté," she said.

When you get married, you lose your freedom.

I said that in Boston, it is the same. She said, "No. In Boston it is not the same as in Morocco." She shook her head vehemently.

Not for her, she implied. Not for moroccan women.

The plane landed. Outside the sky was grey and the runways were covered in dirty grey piles of snow. It looks cold, she said. Yes, I said, It is necessary always to have a coat.

I impulsively took a piece of paper from my notebook. On it I wrote my name, my phone number, my email address, and my street address.

"If you need anything..." I said, "...anything at all. If you have some trouble, and you need some help... please call me." She smiled and took the piece of paper. She held out the piece of paper that had the name and telephone number of her husband. "Here is my husband's number. I think it would be ok to call it," she said. She had me copy down the number.

I walked with her to the passport control and stood in line with her until she had to walk through alone. She had a large envelope that contained everything she should need to successfully immigrate. She hadn't been told nice things about the US immigration process. I felt like I should defend my countrymen, but I hadn't heard nice things about the US immigration process, either. We were both a little surprised and relieved to see that they had staffed all of the booths with people who spoke french. They wouldn't let me go through with her, so I had to wait for her in the baggage claim. I ran over as soon as I saw her. She was being escorted to the secondary baggage check. The officer who was with her was incredibly kindly and I asked how long it would take for her papers to be processed. He told me a half an hour to 45 minutes.

I had to go, my boss was waiting for me to take me home, having no idea where I had gone. I told her I had to go. I told her that everything would be ok and that it was very easy from here. She said she understood. We embraced tightly and she kissed me on both cheeks.


And thus our lives diverged.

Paris in the Fall
The discotheque is in the old brick cellar of a bar called "L'Antidote" on a winding alleyway in the 5e arrondissement. The dance floor is full of atmospheric scientists, doing a dance they call "The Gravity Wave".

My future boss dances his way through the gravity wave. "As you can see, Paris is a very difficult place to work," he says, kissing me on both cheeks.

"See you in September."


Yup. I should probably move to Paris.


Being a planetary geologist is such a hard life.

I also managed to fix the worst computer virus I have ever faced... the virus infected explorer.exe and winlogon.exe.... the fix included creating an operating system on my thumb drive, changing the BIOS to boot from the thumb-drive, stealing fundamental windows files from another computer, replacing the infected files while running linux from the thumb-drive... it was intense. I definitely sent my computer into an infinite boot loop at least twice, but luckily I was able to pull it back from the edge.

Almost sent my roommate into an infinite boot loop when I left my phone on silent and accidentally missed our ride home from work tonight... you could tell she wanted to strangle me but she acted very civil. :C Hopefully she'll also come back from the edge?

I have a small crush on this guy who lives far away but I kinda told him that and now he hasn't written me back for about 1.6 weeks. FML.