Here are the quizzes if you want to see what you are:

Political Compass (the one that says I'm a Communist/Anarchist. Confusing.)

And there were a couple of others but they weren't that interesting to me...

Before we left for the computer lab we had a discussion about what we thought 'Conservative' and 'Liberal' meant. 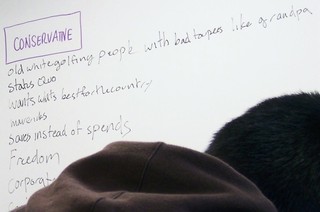 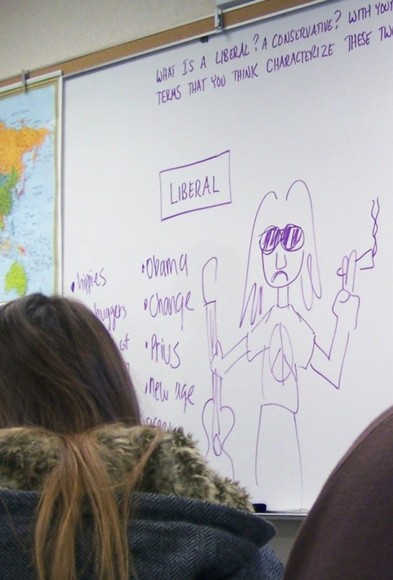 Didn't get everything that was written for Liberals since I took the picture before we finished...

I guess you can probably tell which side we all favor.


Did he just go into my living room naked?

Shopping is a thing you do
It often involves the spending of money. And walking. Or I guess, if you can't walk, riding around in a cart or something.

I happen to like to take pictures while I'm shopping, though I try to be sneaky about it since I don't know if I'm supposed to.

I guess you can figure out where this is headed. :P

How can you be so anorexic that you won't even take a lemon or lime wedge with your drink? Or is this for people who are allergic to citrus? Does that happen? 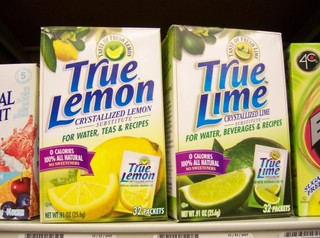 We went to Redwood City yesterday to get my senior portrait redone. It's pretty far. :S Shopping's nice, though. This is the welcome sign... 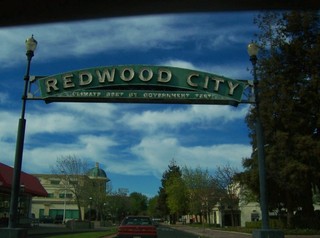 It says "CLIMATE BEST BY GOVERNMENT TEST," whatever that means.

After the pictures were taken we went to Cost Plus. They had these tiny little bottles of olive oil and Tabasco, it was awesome. 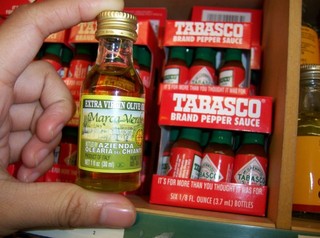 What is it about tiny things that's so cool? 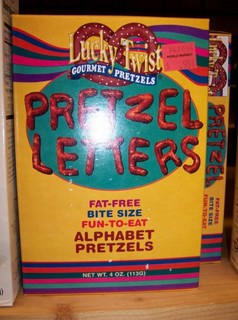 It's a bread and chocolate bar. 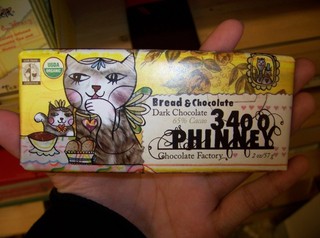 "French bread" is actually listed as an ingredient. I kept wondering who would buy that.

The biggest gummy bear I have ever seen. 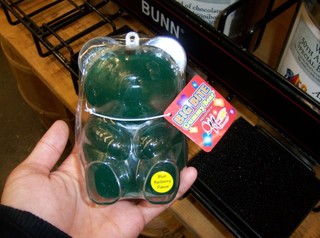 I didn't quite get why it was green if the flavor was blue raspberry, but whatever. (Well technically it said blue 'rasberry', but I'm pretty sure that it's just a misspelling.)

I was trying to decide if it was an infringement on privacy to take a picture of someone's shoes when they aren't around. Finally I figured that it didn't matter. Anyway, one of the guys, don't know which one, has like, mega huge feet. I just put my hand next to the shoes for comparison. 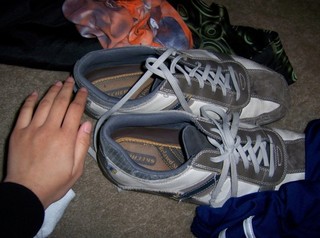 Of course, by some (non-asian?) standards I have small hands, but I wasn't going to go get a ruler to measure how big they are. I'm not THAT dedicated.

Didn't do much today, stayed up until 8:30 AM or so, went to sleep, and then woke again at 2:25 PM. When I walked out of my room my mom held up her hands and exclaimed "she emerges!" They make like it's such a big deal...

School tomorrow... I kind of look forward to second period now because sadly, it's pretty much the best part of my day. Seriously, it's weird how much I like being an office aid. I wonder if I'd really enjoy being a secretary...?


Iowa? What?
How do you get Los Angeles from Iowa? I really don't understand.

So apparently these guys in my house are from IOWA, not LOS ANGELES. Wow. And here I was wondering why the hell they got in at 1 AM last night when a flight from here to LA runs about an hour.

It rained today. It will probably rain more. Goodbye fake Spring, hello Winter. I'm kind of relieved, but not much, that it's raining. We'll need a LOT more rain to stay out of a drought...

I'm thinking about adding Tales of Pylea to my ever-growing list of webcomics. It's a really well drawn comic, and the storyline is good too. Not something for people only interested in humor, but whatever.

....Another error. They're pretty rare compared to a lot of other comics I could mention, at least.

Wow, it's like I jinxed it or something. All of a sudden I'm finding problems with the text. Bleh.

I might start having dairy again tomorrow, in small amounts. I gotta say, it's not bad going without. At least I don't overeat...

This shall be short
We went shopping.

I got new shoes for New York. 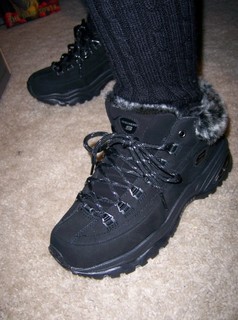 So these are kind of my most ghetto shoes because of the faux fur.

And these are my other new shoes. We count them as a "lifetime investment" because they were ridiculously overpriced. ($104) 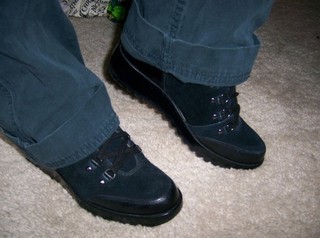 Writing essay. I hate essays. Bleh. Romeo was bleeding earlier. his flight feathers got torn out somehow. It makes me sad. :'( He's okay though I think. (I hope)

I don't want him to die!