randomjunk's site   weblog   profile   gallery   reading   guestbook
Memores acti prudentes futuri
Just take a seat, they're always free
no surprise, no mystery
Has this been on the radio much?
I feel like I've heard this a lot but I don't know where it could be from if not the radio. Never really paid attention to the lyrics before because it just sounded kind of anthem-ish, but they're sort of interesting.

I didn't know I was broken till I wanted to change

I finally got to have a real conversation with Kyle for the first time in... I don't know how long it's been. Months? Too long. It was really nice. I hope we can talk again soon. There were a couple things I wanted to discuss that I didn't get around to. Mostly we talk about our lives and compare experiences, but it's comforting to have someone who's known you for a long time to talk to catch up with.

This isn't related to that but I was thinking about something I heard(?) somewhere about how nobody thinks of themselves as evil, and everybody is just doing what they think is good/the right course of action. And I guess the idea of evil just springs from the contrast between what different people think is good? There wasn't a lot to this train of thought, just wanted to mention it. 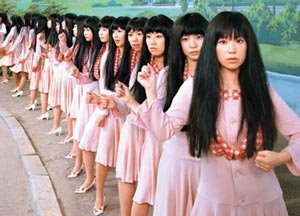 If you're reading this
Thank you for the book. I hope you are doing well.