I should be studying, but I'm not, so here we are!

Yesterday, I went out to help Habitat for Humanity build some local homes. My arms still hurt from all the lifting, hammering, et cetera. It felt good, though; it made me think of Levin helping mow the fields in Anna Karenina, but I was working with other college students and members of the community, instead of impoverished field workers. One of the women helping build had had her home built by Habitat, which blew me away. This is one of the few times I've been emotionally touched by an organization's ability to cause reciprocation or some sort of forward "payment."

I was surprised at the low turnout, and asked if the volunteer organization at the university couldn't pair up with out university Habitat chapter; she said it would only work with more transportation, but...that's never been an issue. So maybe we'll set that up, next semester.

Really, though, it started me thinking: I love volunteerism. I mean, as far as all the things I do with my time, I think volunteering is something I consistently enjoy and look forward to. So, I thought, maybe I should see if I can plug that into whatever I do with the rest of my life. --Which started me thinking about the homeless population and the lack of accessibility to good mental healthcare.

I sat in bed for a couple of hours, this morning, asking myself how we could fix this. I wouldn't be super rich, but I don't want a giant house, or super nice cars, or a billion pairs of shoes, anyway. I just want a motorcycle, the financial ability to buy as much fresh produce as I would like, and a lot of counter space in my kitchen and bathrooms, without having to worry about paying anything off for the rest of my life.

The point, I guess, is that I always wanted to go into psychology/the medical field because it's a helping field. What I want to do, specifically, is be able to pinpoint the people who need it most and have the least access to it, and get them back on their feet.

I'm not one of those people who has been freakishly excellent at the medical sciences from a young age. But I do like people, a lot.


PS: If you spray olive oil on de-stemmed kale leaves, sprinkle them in sea salt, and bake them on a cookie sheet at 350 degrees Fahrenheit for fifteen minutes, they come out crispy and taste pretty close to potato chips.

I am probably the healthiest unreformed junk food addict. 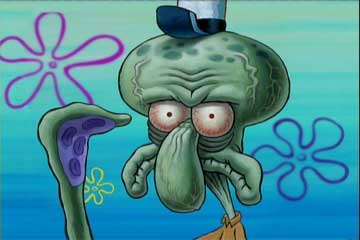 Thanksgiving was good, my break was long. It felt shorter than it was, because we did absolutely nothing, most of the time. I had a lot of plans with friends, but they were in bursts, and nothing was really awesome except for getting to see my best friend for a couple hours. I talked too much and bothered myself; I'm not sure why I get so chatty around her, lately; it might be because we haven't written one another in a year or so.

Or it might just be because my love life is in a constant state of confusion. If you haven't noticed.

Anyway, it was nice to see her and EAT SOME SALAD! As wonderful it is that my mum thinks of me, she always buys all junk food and carbs, because I guess she's still going off what I liked to eat when I was ten (AKA the chubby days). I crave fruits and vegetables like a fiend, after visiting home for a week. Blegh. To Harris Teeter, for some kale! Huzzah!

Last but not least, I ran out to my car to get some pajamas, and our puppy thought I'd left. I came back inside without him realizing and changed in the bathroom, then went to find him and playfully approached him a couple of times, like usual.

He peed himself in fear. He had no idea who I was.

I didn't even mind cleaning up that urine. It was worth it.

I just told my friend to come over any time she wanted for wine and ranting, so I'm officially becoming that person I was reluctant to become...

I'm social in that feminine, Sex and the City type of way.

And sometimes I'm a social drinker.

Anyway, it's not bad. I like that most of my closest friends, now, drink occasionally but that, when someone tries to turn a really nice hangout into some, Let's Get Drunk and Not Talk About Politics and Other Important Things Anymore occasion, everyone gets really quiet and awkward because they hate the idea that much.

I want to squeeze them all. Ugh. It's so refreshing to be around people who can face the world head-on, no matter how stressful classes are, no matter how poor they are (and I know students on food stamps and scholarships, so they're seriously heroes in my book), no matter how many family issues they have at the time. None of this Party My Sorrows Away crap. That isn't healthy, man.

--In short, it's nice when people value academic discourse over drinking.

Otherwise. Uh. OH. Well, there's this guy I started talking to, recently, and I gave him my number so he didn't have to keep awkwardly Facebook messaging me while I'm on hiatus. So he starts texting, all normal, but then he told me I should let him train me at the gym, sometime...? And I kind of brushed it off like, "I'm already hitting my goals. :]" OR SOMETHING TO THAT EXTENT, and he texts, "You could have just said no."

...Okay... I let it slide, SORT OF, but kind of gave him the general Back Off signal, because obviously he didn't ask our mutual friend about my temperament before adding me on Facebook, and it wasn't his fault--BUT, I do have a reputation for not being the kindest being with whom one could pick a fight.

In any case, it was let go, and we continued with oddly polite conversation for several more texts, until I had a meeting and had nothing left to say, anyway. It was a good, natural progression of conversation.

But then today, I saw him on campus, and he said, "Thanks for texting me back, yesterday..."

I'm sorry--you thought that we were going to have a lengthy conversation about your summer job? I'M A BUSY WOMAN.

GET OFF MY NUTS.

So anyway, yes, hopefully he will learn from this experience, and maybe ask our mutual friend (who knows me better) what I'm like, before proceeding. Any of my friends could tell him that my tact and willingness to put up with someone is inversely proportional to the sensitivity and controlling tendencies of that person, and that I will not take it lightly, if someone starts acting like they're entitled to my attention, affection, friendship, forgiveness, or time--especially after only a week, COME ON.