randomjunk's site   weblog   profile   gallery   reading   guestbook
Memores acti prudentes futuri
Shown to the place you fold
there's nothing to be without it
I don't get the shape one
:(


Some... drawings and stuff

DIE PINEAPPLE
We were once again subjected to that cruel and unusual form of punishment known as Telefrançais during French.

Ohhhh I hate that pineapple.

I can't say much really happened today. We did some studying in History. A little projectile motion stuff in Physics. Presentations in French.

And sadly, the only tickets left for the Download Festival are..... on the lawn. Great. I TOLD my mom we needed to get them early, but did she listen?

Oh, and you may have noticed that I changed my avatar. I actually have lots of different ones, but usually I only leave them for five minutes at the most. I dunno if I'm keeping this one.

I'm getting Vitalic by OK Cowboy. Listen to it if you like electronic/dance music. :P


We should have a party
Angie: I've never really seen Star Wars
Me: WHAT!? You've NEVER seen it????
Angie: Well I kinda saw part of it but it got boring so I stopped paying attention..
Me: Man, that's like, blasphemy! We need to have like, a party or something where we just watch Star Wars.
Angie: Do you have ANY idea how nerdy that sounded?
Me: Well, it would be nerdy if I was a guy. But I'm a girl so it just makes me cool.

I think I caught something

Well I guess it could've been worse
I had my birthday "party" yesterday.

There's a good side, and then there's a bad side.

On the bad side, out of the nine people I invited, five cancelled last minute and two ditched.

I've never had less than five people before, so it was... kind of weird for me.

And admittedly, I feel kind of depressed that so many of my friends didn't go.

Alice showed up, even though she was sick. And Meg came.

On the good side, we had fun at the Boardwalk. We discovered this drum game that was pretty awesome, and played that a couple of times.

After that we went to get ice cream. I had a raspberry freeze, which was awesome.

They both gave me giftcards. I'm okay with that, since nobody can ever seem to find anything that I absolutely love anymore.

Starting with Friday and my blood test.

The guy was pretty old, and his stuff showed. Antique radio!

Now I have to take all these medicines because there's something wrong with me.

Interesting clock. I don't know what it's supposed to be. 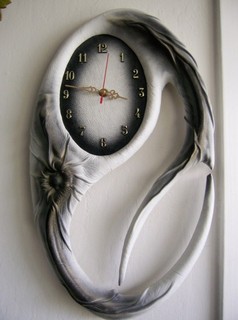 My mom had a virus. It looked like a worm. :P

When the blood test was done we went to a healthy-ish food grocery store. They had these cool little things where you could make your own soda.

These cantaloupes were discounted. Guess why.

Gigantic garlic bulbs. Although I guess the name "Elephant Garlic" should explain that.

A gift store was closing. We looked at some cards.

The Safeway nearby is remodeling.... It looked all empty and weird. 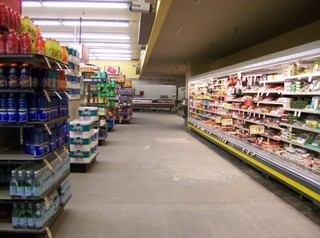 I picked up Romeo and Cici flew onto my finger!

The lasertag arena had blacklights, so the kitty eyes on my jacket showed up. 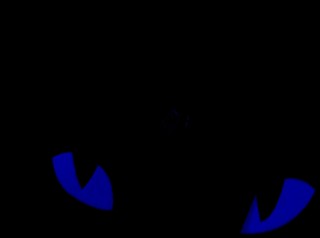 The grog shop near the ice cream parlor. 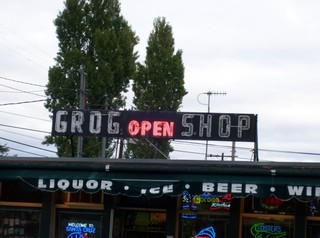 My tiny little ice cream cake. It didn't matter, we didn't need a bigger one.

We watched Airplane!, which Meg had never seen before. (At this point Alice had left because she felt too sick)

At least two people showed up, I guess. My brother was telling me about how he went to his friends birthday party.... and was the only one. And the really sad thing was that his friend had planned a party for some twenty other people.

So at least I wasn't alone.

She Wants Revenge has a new single on iTunes. Check it out if you like them.