I wish I had Photoshop 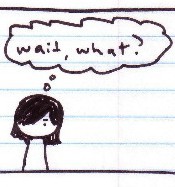 I accidentally just deleted this post. :( Thank goodness for that back button, huh?

Oh and, I forgot what the exact day was, but Dilated's birthday is somewhere around now. Or later. Or something.

To Dilated, because it's his birthday or something in January.

To all my Nutangy friends

And to everyone who helped me get to $50