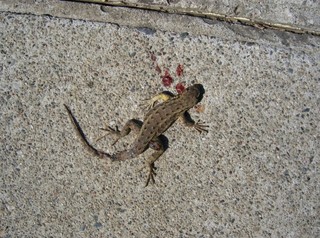 I wouldn't reccomend reading this unless you have a really high tolerance for vulgarity. 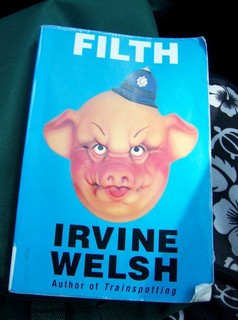 Got some gum from Powell's. 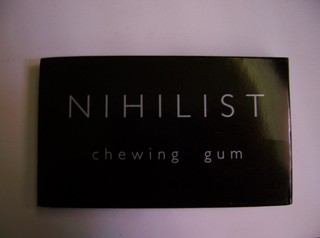 Not sure what it'll taste like, since I have yet to try it. 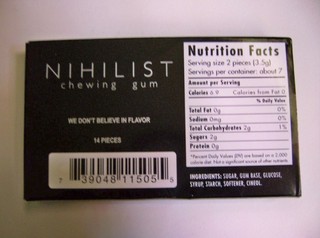 Just thought it was a bit amusing, y'know. :P

I'm getting nowhere with my research paper. Still stuck on the first page. It's a bit difficult because I don't know why my central idea should be. :/ I really want that extra credit though, so I'll have to figure something out, and fast.

The History teacher also assigned a stupid/pointless two page typed paper, which I have to work on soon. I hate his stupid projects...

I was attempting to play text-based adventures again with little to no success. :/ Dunno what I'm supposed to do, really. Failure... -sigh-

Perhaps I shall make toast.

Finished my History paper. I've titled it "Go Die If You Want, but Don't Make Me Come with You".

I don't care if it's not professional. A class like that doesn't deserve any effort.

My brother's snake is loose in the house... Hope nobody accidentally kills him. (Her?)

If falling wouldn't kill me, why was I hanging on?

2, 5, 8, 14
ASB elections are so pointless. We only had one guy running for President, the same jerk who's been our class president for eternity.

Walked home/hung out with Alice after school today. We went to the library and Buffy the Anime Watcher wasn't there... Kind of surprising given past experiences. Alice picked out a few vegan cookbooks and asked me to help her if she found something she'd like to make... I said I would...

Our Hawaii flight was on ATA and they went bankrupt. My parents were talking about it. I was just kind of shocked. An airline... going bankrupt... it seems impossible. I guess that when they have something better and faster the airlines will have to die out though...

Listening to the Cripsin Hellion Glover music video and watching him do that crazy slide thing. (I'm trying to cut down on the ellipses I use but it's oh so hard)

I could probably dig some up