It's about time I posted these
Yes, there was some delay in getting these up. But they're here now, so, unless Nutang has some horrible inexplicable downtime, they are here for your viewing (dis)pleasure.

It's the offset pineapple. 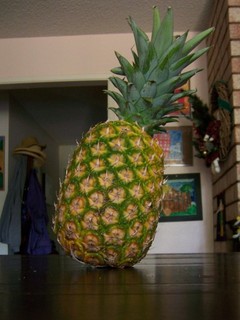 I swear, it's like... the Mystery Spot only with fruit.

There was a dead dove outside on the patio that I had to bury... 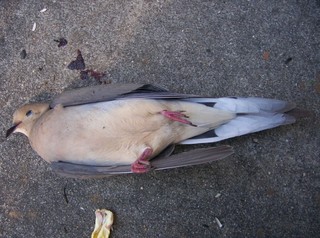 Maybe it's gross and I know it's unsanitary but I just had to touch the feathers to see what they felt like. I mean, I'll probably never have another chance to... "pet" a dove. Sadly though, it wasn't that soft or fluffy. Perhaps rigor mortis set in on the feathers, too.

I was trying to draw what I've dubbed the "sexy eyebrow."

Dunno why but I have a weird thing for drawing eyes. Although I've probably mentioned that here before...

Marina made a face with the half-Cheerios. 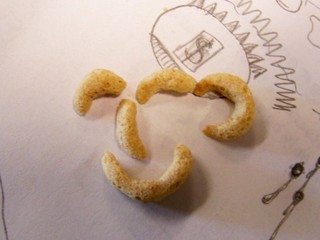 It has one ear because apparently there wasn't another one we could use for the other ear.

We went to a dessert silent auction around Santa Cruz and there was this sign. 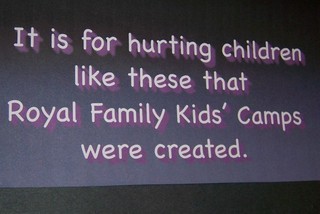 I read it and couldn't keep myself from bursting out laughing. Wording, people, watch your wording.

Today wasn't too bad. Alice wasn't here because she has... health problems. I'm thinking about going to visit her but I haven't got a set date yet.

In Lit. over half the class was missing because of AP testing so we just watched a movie. Then we had twenty minutes of free time to do whatever. I talked with Laura and AJ for a while, then Laura and I were discussing our jean sizes and how we have fat hips and such and AJ just had this embarrassed look on his face... It was funny. We were laughing at him and he was like "I'm just ignoring it..." but I said "Nah, he's listening, he just doesn't want to comment."

So yeah, nothing really exciting today. Oh, but I got a cherry limeade lollipop that was pretty good. Yeah...

I found this on adreen 's page and it's keeping me amused for now.


I could go for a burrito about now

I suck at citations
So I just fixed my bibliography for the second time. And I am NOT printing out the whole paper just to get that one page. It's a waste, man. He wouldn't even look at the rest, anyway. I'll just paperclip the Works Cited page on top of the stack and hand it in... again.

I helped Alice and Nayana with their Spanish project afterschool today. They were making some sort of Spanish cake things... My presence there was pretty much pointless, but it was justified because I was giving them "moral support" and Alice wanted me there.

Nayana had some Pepto-Bismint ice cream. (Peppermint, but for some reason it was pink)

That sounds like a picture caption but there's no picture... my apologies.

We had class elections today AND I got to go to two, not one, TWO, sessions of the GSA panel. Oh boy! (The sarcasm is dripping off my words like syrup)

So basically I spent a long freaking time in the auditorium today. It's not that I don't support GSA, I do, I just don't think I needed to go in there to listen to the exact same thing twice.

I'm tired... not that hungry, though. I had a ginger ale at Alice's and a cucumber when I got home. Marina ate the Cheerios I brought to school...


Pretend this is the second part of yesterday's entry

Dammit, we're not calling him BWUH!