It would've been more gradual without the fat one.

Oh boy, a humorous video!
Umm so yeah I haven't worked on my muffin costume any more. There's just the part we did yesterday, and I should really work on it tomorrow or something.

Went to Alice's afterschool to work on the Wellness project. We... kind of "worked."

(Our presentation is on laughter, and we basically watched funny videos on Aniboom the entire time... The site really looks like Youtube right now. :S)

This is the video we decided to present:

The parakeet isn't cute until it starts preening. And then it's sad because it's frozen. D:

Delayed pictures from Friday and Sunday
The lifesize action figure boxes for the senior skit. 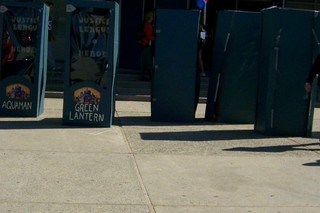 Yesterday we went to the Tech Museum. I didn't really want to go to the Leonardo da Vinci exhibit but I didn't get much of a choice.

Anyway, I was maybe halfway through it when they started evacuating the area. Apparently a small fire had somehow been started near the end. I didn't get to see it exactly, but I did see a lot of smoke. That was probably the most exciting part of the day...

[It was awkward for me to see some of my classmates working at the Tech...]

Some bird dude thing that was kinda interesting. 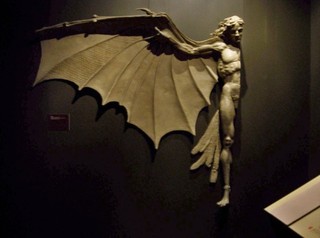 Lots of people on the internet these days. 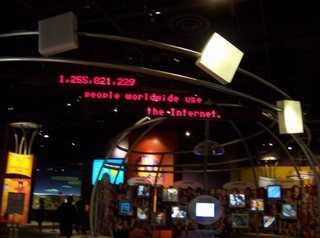 I just thought some of the search phrases were amusing. 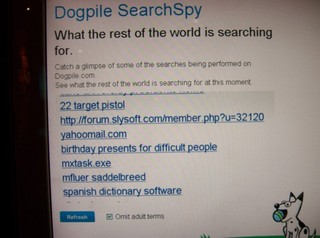 There's only one in this list that's funny, the rest are eh.

There was this thing where you hear this sound and try and find the frequency that it's um, on or something. 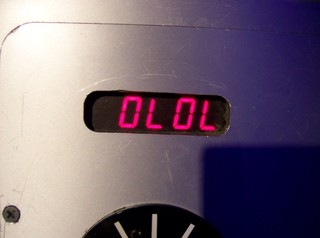 Oh yeah, I picked up an alien signal alright.

We had lunch at the café there. Well, the rest of my family did. I just had a slushie. It was a good one, though. Same color as the nasty ones at school but much better tasting. Didn't have that awful throat-rippingly chemical sweet flavor. My dad went back to get more of the overpriced food, but their fryer stopped working so we got some rip-off nachos instead.

At two we saw some movie about ancient sea "monsters" and other dinosaur-ish creatures. Not super interesting.

A funny little car outside. 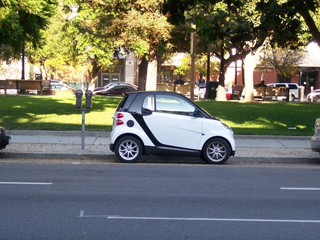 Oh, um, we finally got to change seats in Physio. So now I sit more up front, next to Alice. And we're learning about cancer.

These won't go away