randomjunk's site   weblog   profile   gallery   reading   guestbook
Memores acti prudentes futuri
Just take a seat, they're always free
no surprise, no mystery
It's that feeling again
...The feeling that I am surrounded by idiots.

We were peer reviewing rough drafts of our first assignment today in my English class. I had marked up the papers of the other two people in my group, and I guess they marked up mine. Sort of.

The guy seemed to think it was fine, although he wanted me to add some details that would be pretty irrelevant. The girl... told me she couldn't understand what I was saying and called one of my sentences a fragment, then said "split into 2 sentences." How this makes sense I know not.

She said the sentence "the poets whose work I enjoyed most influenced me somewhat, and I am sure that I must emulate them at times in my writings" was hard to understand and I needed to simplify/rephrase it. X|

I don't really see a problem with it. I don't know what the issue is here. In addition, I showed it to Casey, who agreed that it was perfectly fine.

So basically she's trying to get me to revise because it's too difficult for her...? I don't even know how to take this. Do I dumb down what I feel like is an adequate sentence?

Oh yeah and one of her comments was "good to compliment yourself." What? Seriously, what? I am so confused.

I don't want to just ASSUME that the people around me are dumber than I am, but... I mean... this is not helping.

The sodas I've been drinking. 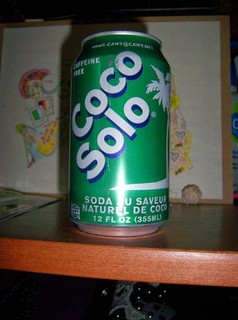 This is a really crappy picture but I had some trouble taking it so I figured I'd just use this one. 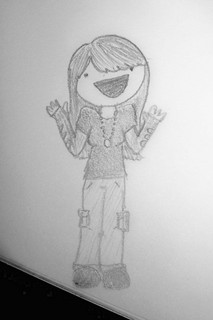 GUESS WHO? I think it's kind of an "aw shucks" pose. Or it would be if not for the soulless eyes staring off into space.

I am thinking about going to the C-store to get some munchies, but I feel like if I go out I should write Mr. Boyfriend Dearest...

But.... meh. I have no motivation to write him because I don't know if the letters are going through at all. :|Eet sucksss.

Not feeling quite as depressed as before, but I still lack any motivation whatsoever. I can't wait to GET OUT OF HERE.

When I finish my four panel strip I'll try to take a picture to show you guys.

Expansion
I can't embed this so I'll just link it:

For some reason this one is embeddable though...

It's things like this that make me realize I don't hate learning, I just hate the things I'm forced to learn. :P

Also reinforces the scorn I have for my so-called Philosophy class, which is just Theology with a few other things thrown in.

Your result for The 3 Variable Funny Test...


Your humor's mostly innocent and off-the-cuff, but somehow there's something slightly menacing about you. Part of your humor is making people a little uncomfortable, even if the things you say aren't themselves confrontational. You probably have a very dry delivery, or are seriously over-the-top.

Your type is the most likely to appreciate a good insult and/or broken bone and/or very very fat person dancing.

I managed to get three different results in about five minutes, but this is the one I had originally. Check out the last entry for something more serious...

Oh by the way, CLICKIES

Walrus gumdrop
There are no gumdrops in this entry. It was all a lie.

I did not lie about the walrus though. I sculpted one from my kneaded eraser. 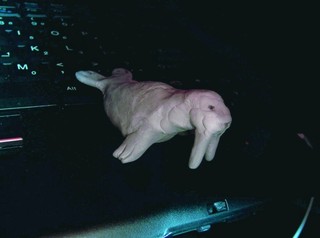 I had my hand over the flash, so it came out red. Didn't feel like fixing it. 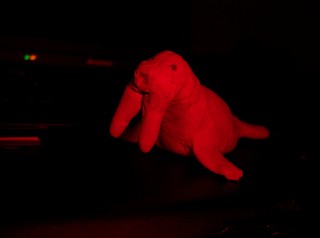 My art professor saw it and now thinks I have an obsession. 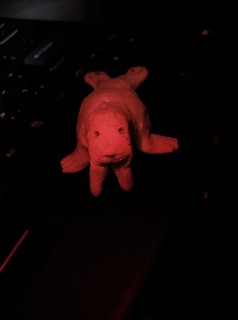 Somebody put this in our bathroom earlier. It's not an entirely fair statement; I buy all of the hand soap for our room, so shouldn't someone else buy the toilet paper? 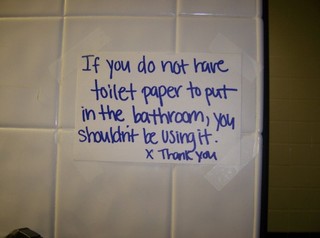 I have become really pale lately and it worries me. :|