The salad isn't pictured because I'm pretty sure everyone already knows what that looks like. 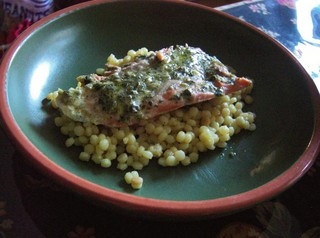 It actually looks like someone threw up on it, doesn't it? XP It tastes awesome though, I promise.

I saw the Tillamook Loaf Love Tour bus today, but didn't take any pictures, sorry. It's a really cute little VW van, and they gave us a $1 off coupon for cheese. :D

Yesterday I went to visit my favorite high school teacher. He actually recognized me, which made me happy. I was worried he'd say something like "oh hi Erica!" (It's ONLY happened TWO or THREE times before...)

But no, he remembered me. Unfortunately he was busy, so we didn't get to chat much, but it was nice to see him. He had a sort of a buzzcut, and I was afraid to ask about it in case he said something like "oh I have cancer and I had to go through chemotherapy"...

Last night/this morning I hung out with Alice. My mom dropped me off at her house around midnight and we walked around and talked a bit. I stayed until a little after four. New record!

We're kind of worried she'll grow dependent on me. I mean, I'd like to believe that won't happen, but it kind of already is... at least she's got a psychiatrist to talk to as well.

My parents bought a big bag of peanuts, so we've been throwing them outside for the squirrels. Sometimes we hide them under pots and the like to see if they can get them. So far all the peanuts seem to have been found. Fun fun.


Amused and confused
(As I usually am when I'm not just depressed?)

I went ice skating with Alice today, which was not much fun. One of the local high schools was having a fundraiser there, so there were a bunch of people just standing around on the ice and hanging out. I only fell down once, but I was worried the entire time that I'd bump into someone.

We also looked at the furniture/shower setups in a Eurbana, which was cool.

So... I might possibly major in that? I have to research it a bit, but it's definitely something to consider.

Me: would you rather date a girl with no legs or three legs
Dude: three
Me: what if the third one was coming out of her shoulder
Dude: still better then pushing around a wheel chair

Me: okay what if it was just that in the womb she had a twin but they merged in a really weird way so she also has an arm growing out of the back of her knee
Dude: well shed probably be really insecure and let me get in bed with her really early on
Dude: and then i'd cut that fucker off
Dude: id be doing her a favor
Me: gross
Me: you'd get so much blood on your sheets
Dude: my sheets? fuck that, her bed,
Me: I think she'd break up with you
Dude: yeah but in like 3 weeks she'd come back to me when she realizes how great life is without that extra arm
Me: what about the leg growing out of her shoulder?
Me: and that would hurt like a mofo
Dude: id do the same thing
Dude: maybe id drug her or something
Me: boy, you sure are cold hearted
Dude: I WOULD BE HELPING
Me: WITHOUT HER PERMISSION
Dude: only because she doesn;t know any better
Dude: parents do it all the time
Me: that's kind of different
Me: this girl would be like, the same age as you
Dude: but i'm a man so it doesnt matter
Dude: i mean
Dude: wait
Dude: what 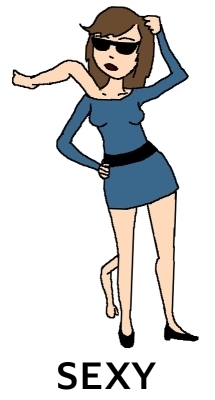 Well... after a few amateur surgeries...

Birthday present-ish?
I helped my brother write a poem (meaning I wrote it for him) for this contest he wants to enter. If you win you receive a longboard.

I probably shouldn't post it before the contest is over though, so nothing for now. At some point in the future though, it will probably appear here. Just lettin' ya know.

I shouldn't be up at such hours
"Happy Man" by Covenant is playing on Pandora...

Are love and happiness important factors in each other's existence?

I know people can be fine without love, and happiness is optional for a few.

I'm not sure if any of this will make sense, since it's four in the morning here and I'm a bit zoned out.

So then, this is what I'm thinking:

I tend to associate love with happiness, but only when it's mutual. One sided love is probably pretty devoid of happiness unless the individual in question is quite removed from reality.

Yeah I don't know. I should go to bed.

Then, stir some poison in and give the lemonade to the person who gave you the lemons in the first place. Problem solved.

When life gives you lemons, squeeze the juice into your open wounds to make yourself stronger. No pain no gain.

When life gives you lemons, chuck them at your neighbor's house. They killed all your plants when you were on vacation, so they deserve it anyway.

When life gives you lemons, use them to make your garbage disposal smell nice.

When life gives you lemons, regift them.

There are a lot of things you can do with lemons.

Guess it's a good thing that they weren't important or... whatever.

She probably won't be able to do anything until at least tomorrow, but the important thing is that she's back. :3

Man, I just remembered why I love paid surveys.