randomjunk's site   weblog   profile   gallery   reading   guestbook
Memores acti prudentes futuri
Shown to the place you fold
there's nothing to be without it
Happiness comes in...
IM windows, apparently.

I finally caught up with Casey! I can't even tell you how happy I am to talk to her again. If we were hanging out in person I'd totally hug her out of excitement.

She's got a girlfriend now! Eek! I wish I could meet her. Word on the street is that she's awesome.

Man, I miss her so much. Her and New York. I've never been as classy as I was when I was with Casey. XD Maybe I can go visit over Spring Break? It's so far away, but it's better than nothing at all.

Fer realz, guys, Casey is like, my friend equivalent of a soul mate.

Also, some 80% of my Twitter updates are just Tillamook retweeting random praise people give to them. And I love Tillamook and all, but come on. I don't care if Betsy in Oregon is orgasming over birthday cake ice cream. I don't need that stuff spamming my Twitter.

My tower of daydreams cracked and crumbled earlier today. It's all gone... The only thing I wanted... It used to seem like time was the only obstacle to my ascent but now there's nothing at all... Just a heap of rubble...

Procrastination kinda sorta
I'm drawing something for my boyfriend... just a page of doodles, but while trying to figure out what to include I ended up drawing one of the girls from Cabaret instead. 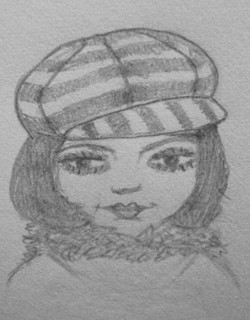 She looks a lot friendlier here than in the actual video.

I have to register for classes tomorrow, aaaaaaaah...


Honestly, I don't. I was trying to find a Hoss Delgado video and... well, you get the point.

In a month
I'll be nineteen...

Did I tell you we went to Filoli a while ago? I took pictures but I didn't post them... 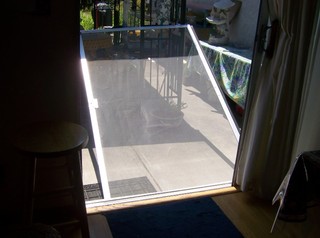 We got a new screen door. Guess why! (Hint: That is not it.) 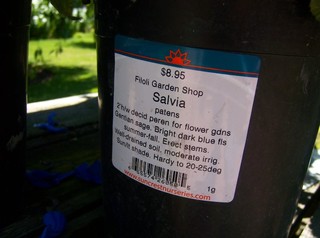 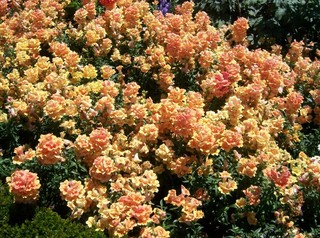 Alice in Wonderland, anyone? 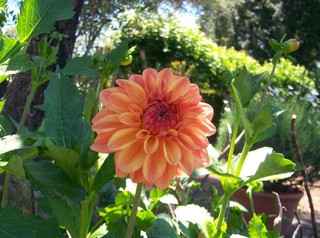 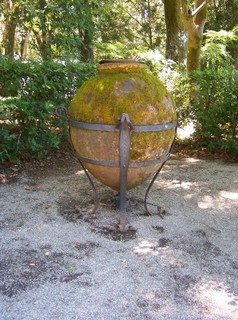 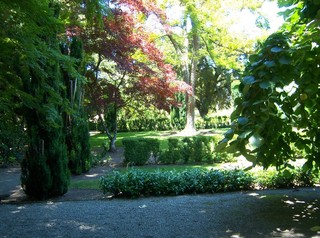 And a tree. A pretty natural tree, too. 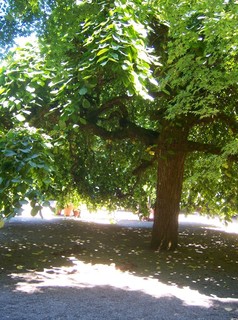 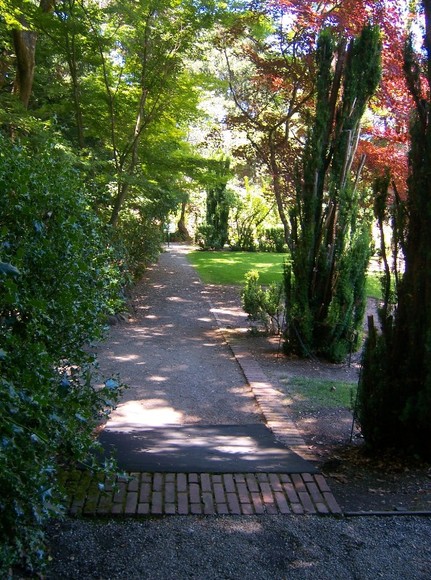 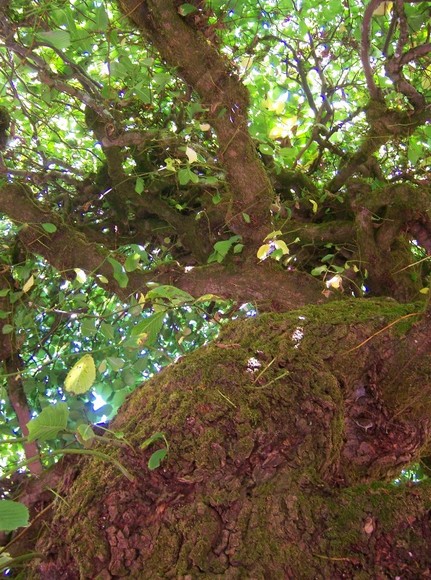 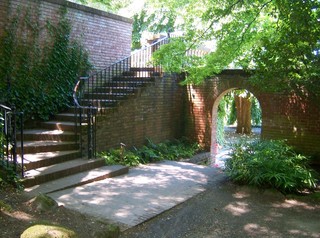 Did I tell you there was this creepy dude who was sorta watching me and taking pictures of everything I took pictures of right after I did? Because there was. 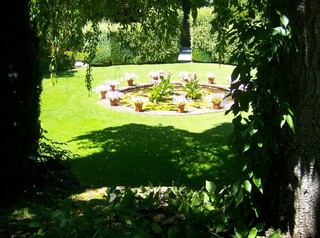 CAN'T GET ENOUGH O' THEM FLOWERS LEMME TELL YA. 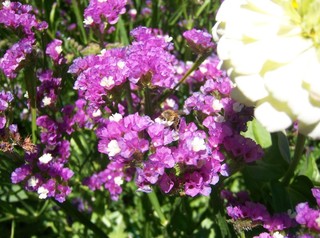 I wish I could've gotten a picture of the Love's Promise roses for you. They were really nice. If I have a garden if/when I have my own house, I'm going to put a rosebush in it. Probably. Well, I'd like it, assuming it doesn't take too much maintenance.

I had a dream last night that Alice drove me somewhere and then got out and told me I had to drive myself home. I didn't know how to drive, so I was trying to steer and figure out which pedal was the gas and which was the brake and it was all going awfully so I got out and tried to skateboard or scooter on the road or the grass. There were these other people around my age who were also trying to get somewhere, and I get it turned into a race.

We were on an office building, HP I think, and I was in the lead. I was far ahead of all of them, and I slipped down a rope ladder to a platform near the bottom, then leapt off and onto a trampoline. There were maybe six or five trampolines on the grassy ground, and they were all big ones... I jumped back and forth between a few, bouncing higher into the sky each time. I had to get over to a giant... well, it looked kind of like if you took a wind turbine and laid it flat on the ground. Jumping on the... arms... of that charged them up, and they moved and turned into a large white ring pulsing with electricity. This opened up a safe, in which there appeared to be giant Flaming Hot Cheetos. Apparently there was supposed to be Red Bull in the safe (I guess the Cheetos were the Red Bull), and that was supposed to give me the energy I needed to get home.

I woke up after everyone else caught up to me at the safe, though.

There's still nothing. Just nothing. And it's all clear, it's not hazy at all, but it's clear nothing and it's confusing and I don't want it...

The best thing short of perfect
Him: i could see myself leaving someone for someone else
Him: but not cheating
Me: hm, so if you found someone better, you'd leave me?
Him: they'd have to be pretty fucking amazing to leave you. unrealistically so.
Him: but in theory.
Me: hm
Me: you like me that much?
Me: although it's not reassuring that if you met someone you thought was better you would leave me
Him: realistically, if you found a perfect guy, wouldn't you do the same? im not perfect for you
Him: i dont think there is a 'perfect girl' out there for me so i would really doubt i'd ever leave you
Him: but again, in theory.
Him: but yes, i do like you that much.

Realistically, if I found a perfect guy, I probably would NOT leave my current boyfriend for him. Because realistically, if I thought someone was perfect, I would not pursue him. Not only that, but isn't it kind of a selfish thing to do? Leave for someone better, I mean? Or is the idea that having met that perfect person, one would not be able to be satisfied in one's current relationship and therefore be unable to return affection any longer, in which case it makes more sense to break it off anyway?

I can't feel anything...

Vagueness at some point
...Because everybody loves those vague posts I write, yeah? You know, the ones that sort of hint at something but don't really give it away, so you kind of get a sense that something's up but you're not sure because it's really unspecific and undirected at anyone in particular?

Anyway, how 'bout we get started here?

My boyfriend drove up on Thursday night and got here at about 2 AM on Friday morning. That's why I haven't been posting, in case anyone noticed.

We had fun, and it wasn't awkward like it was sometimes with my ex. I did feel a bit embarrassed when I wasn't sure what to feed him and ended up grabbing a can of split pea soup (which I would have eaten if it weren't for the bacon content). Apparently he doesn't eat many vegetables (talk about dietary clashes X|), so he didn't eat it all. Also it looked kind of disgusting. (Canned split pea soup... not sure what you'd expect, but it wasn't too pretty)

Friday was spent doing nothing in particular, if I remember correctly. Angie and Lucy had stayed the night because we were up late playing Cranium and baking chocolate cookies (with a dash of cinnamon for kicks), so they were there for breakfast as well.

It was one of those weekends that I have no pictures to show for. I'm a bit sad about that, seeing as I like to have a visual record of what I do, but my camera has been dead for a few days...

Saturday we went to the di Rosa Art Preserve over in... Napa? That was pretty decent. Lunch, however, was not. We went to some chain Italian restaurant I doubt you've heard of, and the pizza was terrible. We got a medium pizza but only ate half of it because I only wanted one slice and he didn't feel well enough to keep eating.

After hanging out on a park bench for around half an hour we drove to San Francisco, visited the Musée Mécanique, got spooked by a homeless guy holding some branches, went to In-N-Out (I got a Neapolitan shake and he got a burger), and saw the Ripley's Museum there. Unfortunately he also parked in a terrible lot that charges $3.50 per half hour, so it was a pretty costly trip.

Let's see... Sunday. What did we do Sunday? Oh yeah, we went to the Japanese Friendship Garden downtown. It took me awhile to remember... We walked around the garden for a bit before driving over to the Old Spaghetti Factory for lunch, then went back and meandered through the adjacent park. I gotta say, it's a pretty huge park... not as big as Central Park, obviously, but still massive.

I'm happy to say I don't feel horribly awkward eating in front of him like I did with my ex. He also didn't force feed me candy, so that's a plus.

We got a bit lost on the way back home and ended up in one of those nice-looking-but-creepy suburbs in the middle of nothing. By "middle of nothing" I mean "situated next to a hill and surrounded by dead grass." The only greenery there is the carefully watered lawns. He and I both agreed we'd never want to live in such a place. Too Stepford Wives-y. We wanted to find out how much the houses were going for, but the only one that seemed to be on sale was apparently on top of a hill and behind a gate. Guessing it's somewhere in the million-dollar range.

MONDAY. Man, what even happened on Monday? We went to the Boardwalk, played in the arcade (it was actually a good experience with him, unlike with my ex... Who was so obsessed with winning me a teddy bear that he only played boring games, when all I wanted to do was have some fun with him...)

I like those music/dance/coordination games, so we played some of those. It would've been a lot more awesome if my mom hadn't given me Chuck E. Cheese tokens instead of Boardwalk tokens. X| I guess that was an amusing, if embarrassing, moment though.

Me: -Trying to insert the tokens into an air hockey table- They won't go in. I think it's stuck.
Him: -Fiddling with the tokens- The ones in the outside slots fit, but the middle ones don't. -Examines one- Wait, these are Chuck E. Cheese tokens.
Me: What? Are you serious? -Looks at token- Oh man. I am SO telling my mom about this when we get home!
Him: Maybe we should go to Chuck E. Cheese after this.

They revamped the Haunted Castle this year, so we waited in line amidst the kids and their parents and rode that. It wasn't really that scary, but I wasn't expecting it to be. Not like that park in Oregon or wherever where if you tried to use the emergency exit inside, it was a brick wall and a vampire jumped out at you.

AND NOW FOR THE VAGUENESS:

Things went well, but I still feel a sense of... wrongness. It's not hitting me hard yet, but I could definitely see this resulting in tears at some point. Blaming is pointless and nonsensical. Despite that, I'm pretty sure I'm going to end up blaming myself. I always do in these situations. If I start caring I think I might be sick.

I guess that wasn't the epitome of vague, but I needed a title.