Maybe a placeholder for now
-Adopting an idea to postpone something; not having the beliefs usually associated with the idea
-Gaining other reasons to support the idea
-Informing everyone of the idea without the original reasons behind it
-Reaching a situation where the idea is on the brink of being abandoned; the original reason is now unimportant, but the newfound reasons are still in place...
-Feeling conflicted; disregard new reasons because of original reasoning and change in feelings/situation?
-Is going back on it now lying?
-The implications of abandoning the idea: future problems?
-Certain meanings that maybe should be avoided?
-The consequence of actions; can never be taken back once done

I don't want to be at this crossroads right now.

It's not actually though. And it's not about the bathroom mirror after you take a shower, either.

In dance class today (did I mention I was taking a dance class? I don't remember if I did. But yeah, I'm taking a social dance class) we were practicing, and we pretty much just danced to this song the entire time:


Now, the thing about this song is, I associate the intro of Careless Whisper with like... steamy scenes in film. Or this:


So yeah. It made dancing a teensy bit weird.

Feeling real
Things have been feeling real again. It's weird for me. Even I feel real, sort of. I don't feel... weighed down, I guess, but I'm so used to it that without that weight, I feel like a balloon drifting up into the atmosphere.

It's hard to tell if this is normal. I think it might be, but I'm not sure. My "normal" seems fairly separate from that of others.

But maybe this is like after high school, when I thought I was feeling happy for the first time I could remember distinctly. I felt comfortable and light and free and... it was weird. I think this might be like that. It seems like it ought to be a good thing, but I'm not used to it, so I'm kind of apprehensive.

I don't know how long it will last, though. Maybe it will stop before I can get used to it.

This dude is in the class before mine, so I get to see his swagalicious pimp hat a few days a week. 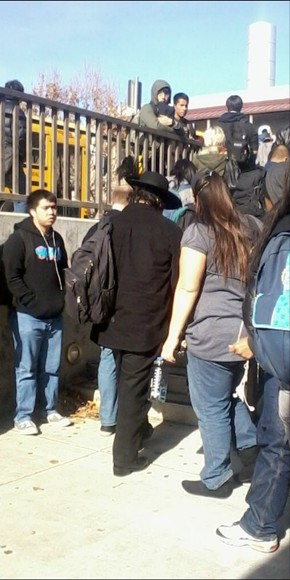 Cute fabrics! They're flannel, though, so not as versatile as they could be. I wish I could have underwear with these patterns on it. As it is, we're gonna try making pajama pants. 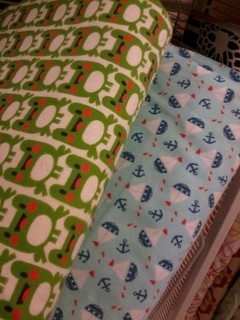 Somebody was getting artsy with this desk in a lecture hall.

They recently revamped the Goodwill closest to my house, and it looks... weird. It seems kind of too upscale for a thrift store, I mean. There was still the usual assortment of odd knick knacks and things though. 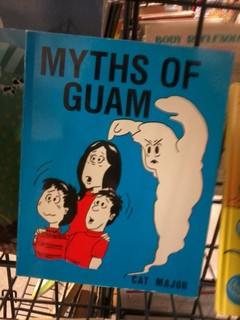 In the shoe section, they had a bunch of brand new black heels that still had the tags and everything... it was like being at Ross or TJ Maxx or something. 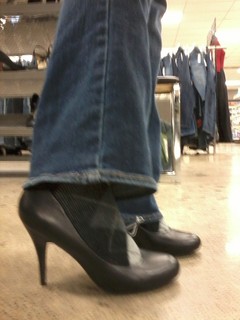 This was more like the normal Goodwill fare I know and am amused by. 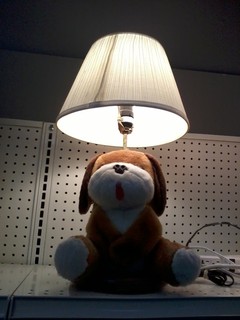 I don't know who would buy this in the first place, but I could understand why it would be in a Goodwill. 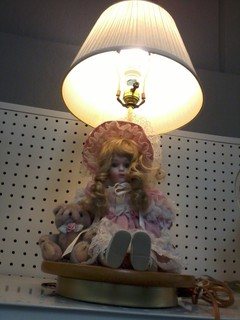 Okay, see here, this is what I mean when I say they're way too upscale. What the hell kind of Goodwill has three big flat screen TVs on display in it? And these were DEFINITELY not donated... plus they were playing pop music videos. Wtf. 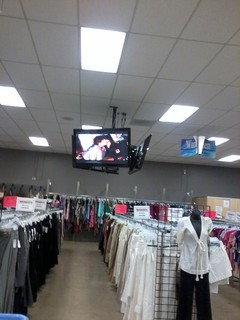 I thought this was kind of funny, since it looked like it partially just copied (by a less-than-spectacular artist) from the Disney film. 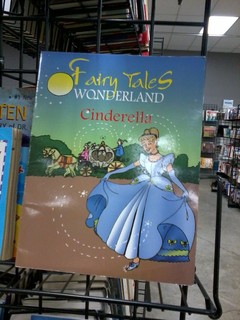 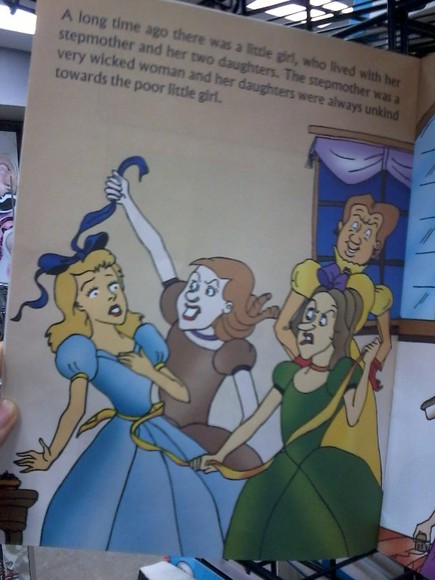 At some point I went to a Safeway with my mom, and it had these "TV Karts" parents could use for free. 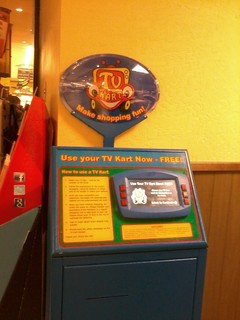 I think I would've freaked over something like this when I was younger. 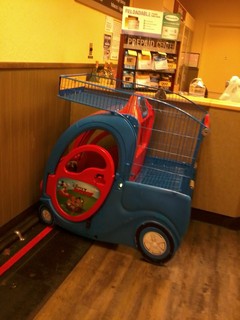 (I mean, I enjoyed it immensely when I got the little kid-sized shopping cart one time at a store, so I figure this would've been just as exciting)

See, there's a TV built into the little passenger area, and another one up higher so the parent can watch what's going on, it looks like. 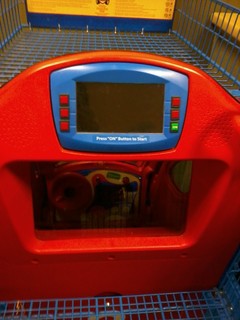 Can you believe that? I know I can't. Man, I feel like technology jumped forward at some point and I just totally did not notice.

Also, it appears that tuna cans now come supersized? At first I just saw the big cans, and I was like "wait... have they always been that size?" and was confused. 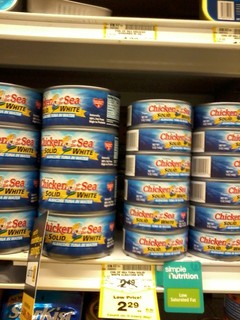 This is probably something that's been around for awhile and I'm just out of the loop because I barely ever go to Safeway anymore...

Saw this in the checkout aisle and it was pretty much a smack-my-head moment. 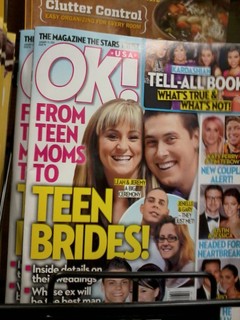 And there's no such thing as you.

But it's calm, and it's nice
to feel like I don't
exist for awhile.